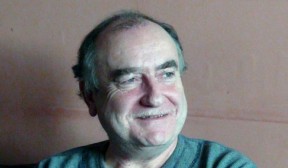 Episode 44 – Allan Macdonald was raised in the isolated Gaelic- speaking community of Glenuig, he started piping when he was nine and went on to pursue a competitive career which included winning the Inverness Clasp on two occasions. He set out to explore the extent to which modern styles of piobaireachd playing differ from those of the early 18th century.
Allan researched how piobaireachd links with the Gaelic language and rhythms and songs, thereby placing the tunes in their original socio-linguistic context. His work is contained in an M.Litt thesis, completed at the School of Scottish Studies, University of Edinburgh, in 1995. Allan discusses a wide range of musical subjects and provides us with the fruit of his acquired knowledge and experience.