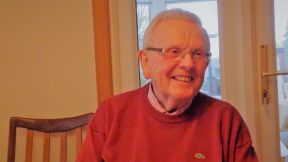 Episode 83 – Pipers’ Persuasion received a warm welcome and great hospitality from Dougie Alexander and his good lady at their home in Falkirk in January 2022. He spoke at length on the various pipe bands including Muirhead and Sons where he had drummed to great success.  Dougie is well-known on the piping /pipe band scene in Scotland and in France where he as a delegate organised visits to festivals at  Lorient, Quimper and other locations in Brittany and France in general over many decades. An interesting conversation with photos and video – so relax and enjoy.