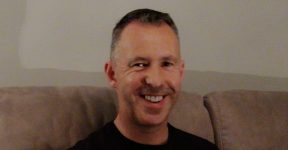 Episode 80: Pipers’ Persuasion called on Duncan Nicholson at his home where we chatted about his piping focusing on the various groups and others musicians and the other instruments he has played with. Also the musical influences that has given him a distinctive outlook on piping much to the interest of his audiences. The conversation took us through Barra, Mallaig, Fort William, Germany and Russia et des autres petits endroits.